The age of electrical vehicle is here, the age of smart auto is coming! We look forward to it.

We are pleased to announce that VPlus welcomed our second IPO this year: fund I portfolio Li Auto went IPO last week (ticker: LI). It closed last week trading at about 40% above IPO price, a USD 10 billion debut.

Both have industry leaders to benchmark (Apple and Tesla), yet both launched differentiated new products tailored to China consumers (Xiaomi launched MIUI OS, Li Auto modified range extension model for China market). Both emerged at respective inflection points of the market (2011 smart phone penetration of 10% vs 2019 EV penetration of 5% in China). Interestingly, Lei Jun held an iPhone when we met in 2011, and LI Xiang drove a Tesla when we closed series A. Fun fact: that particular Tesla was among the first 10 cars Tesla ever sold in China, when Elon Musk personally handed over the keys to ten buyers including LI Xiang at a ceremony in 2014.

Both founders are serial entrepreneurs from software background (LEI Jun being the former CEO of KingSoft, LI Xiang being the former CEO of Autohome), but for the new adventures they both put together a multi-disciplinary team with co-founders from hardware, supply chain and design background. Both leveraged social media to educate consumers and save marketing spending, and both adopted incentive structure that's common in Internet startups to attract top talents from other industries.

At IPO, both demonstrated gross margin in the teens and single-digit sales/marketing spending percentage. This has not stopped LI Auto from delivering the first 10,000 cars in the shortest period among its peers in China. We believe such execution capability marks the birth of a "new species" with solid cost efficiency and overall superior productivity.

Both companies began by making the products but eyeing the future intelligence of them. Xiaomi has proven the ecosystem value of its 300 million active users on its OS, and Li Auto has pushed 4 car OS OTA updates in 2020 alone. Specifically for the auto industry, AI may make an additional big difference: LI Auto speaks openly about its high hope and roadmap for a future intelligent driving experience. Its first product Li ONE already supports ADAS function similar to that of the Teslas, and its roadmap targets a level-4 compatible hardware configuration by as early as 2023. It hopes to "earn a ticket to the new era" by 2025.

People say that history repeats itself. We are living in exciting times to witness the rise of Xiaomi and Li Auto within a decade. With China being both a manufacturing and internet power house, it makes perfect sense for "new smart species" like Xiaomi and LI Auto to emerge here. We are honored to have been an early part of the journey of LI Auto. Few VCs have had the opportunity to invest in a new car company, as the industry has not changed much for several decades.

It is about to change. The age of electrical vehicle is here, the age of smart auto is coming! We look forward to it.

Partner of Vision Plus Capital

About Vision Plus Capital: (http://vplus.vc/en)

VPlus was founded in 2015 by Alibaba co-founder Eddie WU with partners from both operating and investment background. With offices in Hangzhou, Beijing and Shanghai, VPlus focuses on early stage investments from series A to C, covering industries including consumer internet, enterprise services / SaaS , digital healthcare, fintech and advanced computing. VPlus has raised fund I of USD 250m in 2015, fund II of USD 500m in 2017 and a latest USD fund III in early 2020. Our portfolio examples inlude Tantan ( acquired by MOMO ), Danke ( US listed: DNK ), Miss Fresh, AISpeech, Smart Fabric and Advanced . AI etc. 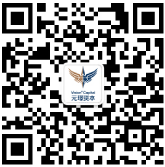